If you came in Sicily in the summer, I can offer you the exclusive Full Day Tour “Charming Noto & Marzamemi”.

Located about 30km south of Syracuse, Noto has one of Sicily’s most beautiful historic centre in the Late Baroque Style, built after the terrible earthquake of 1693, that destroyed a lot of cities of the southeastern part of Sicily. In Noto, that was called the “Garden of Stone” by the historian Cesare Brandi, you can enjoy its spectacular baroque monuments and historical buildings.

The second part of my Full Day Tour “Charming Noto & Marzamemi” is in Marzamemi. Far about 30 minutes driving from Noto, Marzamemi is one of Sicily’s prettiest seaside villages.
The old centre is situated on a little promontory and organized around the extremely picturesque Piazza Regina Margherita. On the south side is the little fishing harbor with its bobbing fleet of colourful wooden boats, on the others a series of charming buildings, including the Church of San Francesco di Paola, the Tonnara, the Prince Villadorata’s aristocratic palazzo and a row of fishermen’s houses, whose sky blue doors and potted red geraniums lend a chromatic vivacity to the whole picture. Narrow streets lead off the main square, offering glimpses of the turquoise sea to the east and north. 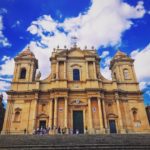 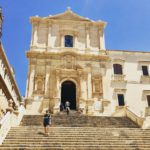 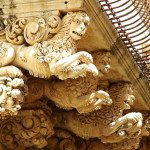 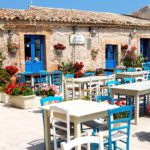 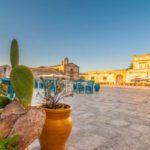 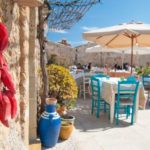