If you love Archaeology you cannot miss my Akrai’s Archaeological Area Tour, in Palazzolo Acreide (far about 40km from Siracusa).

Palazzolo Acreide is a charming, laid-back town with a wealth of baroque architecture and some of the area’s finest ancient ruins.

History of interest in ancient town Akrai/Acrae is related with a Sicilian monk, Tommaso Fazello (1498–1570), who was the first, in 1558, to correctly identify the ancient archaeological site close to the small town of Palazzolo Acreide. However, only while archaeological excavations made during the first half of the 19th century and led by baron Gabriele Judica, many of the known archaeological features saw the light of day, including the theatre which was discovered in 1824.

The Archaeological Area of Akrai contains different ruins of the ancient greek city of Akrai, Syracuse’s first inland colony, established in 663 BC to defend the overland trading route to other Greek settlements, as Thucydides reports in his “History of the Peloponnesian War (THUCYDIDES VI.5.2). Nowadays, its ruins are an evocative sight of its important past. The most impressive ruin, that will see together during my Akrai Archaeological Area Tour, is the Theatre, built at the end of the 3rd century BC next a bouleuterion. Behind the Theatre there are two Greek quarries of limestone, with some interesting tombs of the Byzantine period. 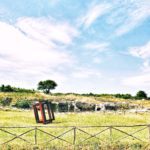 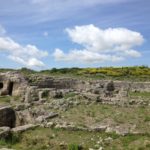 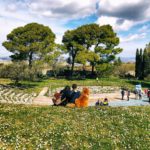 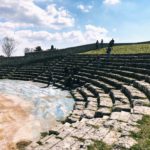